Forthcoming Events Service of Solace, Carols in the Park, Christmas Services - All are welcome! Click here for details
back 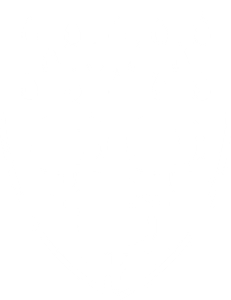 St Swithun's supports the Missions of ten partners from across the world. 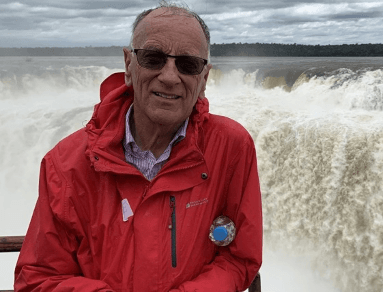 Chris Hingley has been our Mission Partner in Zimbabwe for many years, formerly as the Rector of the Petra Schools and founding pastor of Whitestone Chapel, and currently as the Chaplain at Whitestone School in Bulawayo and leader of the annual Aslan Camp in August. Chris has a significant ministry with children and young people in that country where there is much hardship. His role in organising the camp and pastoring provides an opportunity for children and young people to enjoy some time in a safe environment where they can be carefree.

Donations to Chris are tax deductible through Anglican Aid 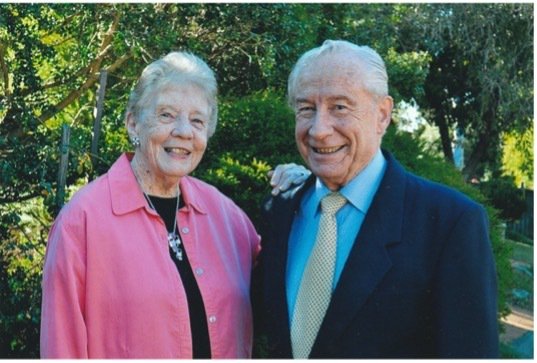 David and Robyn Claydon have been our Mission Partners for many years and have inspired us with their tireless commitment to preaching, teaching, writing, nurturing and advocating for others. Sadly, David went to be with his Heavenly Father on 28 July. He will be greatly missed.

David was an expert on Islam and was in constant demand as a speaker and adviser. He freely gave his book, Islam: Human Rights and Public Policy, to every member of Federal Parliament and some State MPs. He worked closely with Immigration officials in order to support applications by Christians from North Africa and the Middle East to come to Australia. Previously, David served as the International Director of the Lausanne Movement, the Federal Secretary of CMS and the NSW Director of Scripture Union.

Robyn has also served as the International Women's Director for the Lausanne Movement. She conducts a Women's Bible Study group at St Andrew's Cathedral which draws woman from all over Sydney and from different denominations. There are about 40 women, many of whom come to the Cathedral, and those who are ill or now live too far away, receive the notes on email. The ladies make the most beautiful quilts for the refugees. Robyn is also a bible teacher and preacher and a mentor to young leaders. She has written a number of books to encourage people in their Christian journey.

David and Robyn brought a family from Nineveh into Australia on 5 July. Please join them in prayer for this Ataalla family as they settle in. They were severely persecuted by ISIS and had their house burnt down.  They also urgently need continued prayer for two families in Pakistan who have been waiting for two years to get their visas. All their documents are in place and they urgently need to get them out of Pakistan for their safety. 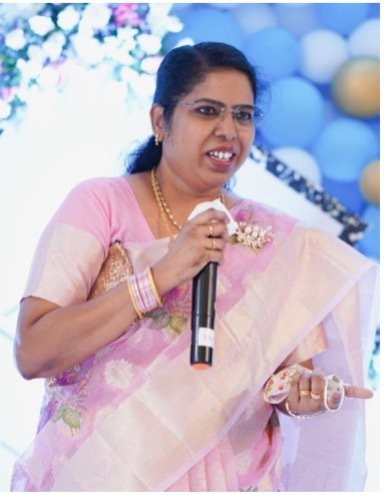 From the time of her graduation, Evangeline Sita has built St Andrew’s High School in the centre of Hyderabad, one of India's largest cities. Children first gathered under a tree and were funded by Evangeline’s pocket money. After 25 years she now heads a school of up to 1,000 students (pre-Covid) having two five storey classroom blocks and spacious play/recreation areas.

Australian donations have primarily funded the development of the school and continued to maintain the salaries of 34 of the 53 teachers whilst the school was in lockdown during the Covid-19 pandemic. Hindu and Muslim children are taught with daily Scripture readings and Christmas choruses and plays are included in the teaching curriculum. Evangeline’s cousin, Sanjay Isaiah, is bursar and oversees the administration.

When the 2022 academic year began in June, Evangeline did not know how many children would return to school. Happily some 400 have registered and numbers are increasing. The business of funding a school in India with fee-paying students is tough! Most of the children are from city slums and rely on food provided at lunchtime, school uniforms and books to survive. Education is so valuable to them.

Evangeline and Sanjay's courageous Christian drive, their spectacular faith and love for these people only tells half of their powerful ministry. Miracles, laughter and high-ranking academic results abound. There are welfare days for the neighbourhood where medical services, dentistry and care are offered free of charge. The week-long Vacation Bible Schools attract +1,000 local kids and include games, singing, memory competitions, entertainment and lots of love and simple food.

Three other churches hold their services at St Andrew's because it is a safe Christian community in a most unsafe, anti-Christian environment. 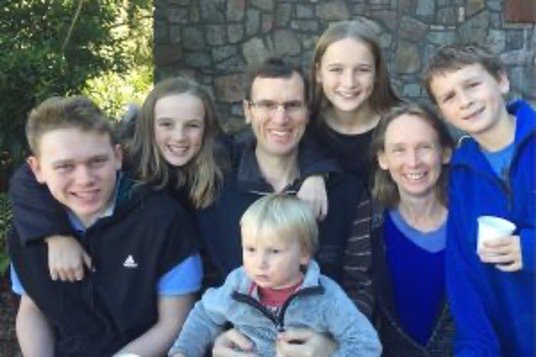 The 7bn or so mobile handsets being used all around the world today present enormous opportunities for sharing the good news about Jesus. The GRN works to deliver gospel audio content via mobile devices to the people of the world who are least reached by the gospel. James is GRN's Mobile Technologist He leads the implementation of GRN's strategy to deliver free gospel content via mobile devices. GRN distributes Bible stories recorded in 6,000 language dialects to mobile phone users in 170 countries. James works in Sydney, leading a team of software developers and testers. GRN's outreach website (5fish.mobi) and 5fish mobile app (5fish) provide easy  access to free content online for listening to and sharing person to person using SD cards, Bluetooth, or portable media players.

This year is the GRN Year of 5fish. There has been a focus on making the 5fish app accessible in more languages. GRN has introduced 9 new interface languages (languages used for the button labels, titles, help text, etc). They have also increased the discoverability of languages related to the one being viewed, and are continuing to add gospel content in more languages. Currently they are working on including LUMO Gospel Films. The audio for each of these films is a straight reading of the Bible in over 1,000 languages. 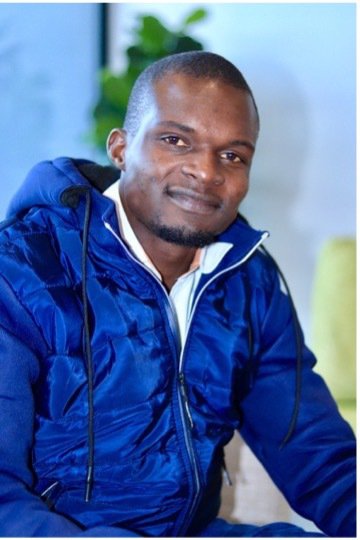 GWC is an important contributor to theological education in Africa, preparing students for ministries of the Word of God in South Africa, greater Africa and beyond. The College’s mission is “to shape minds via a classical theological education, create hearts devoted to Christian service, and train voices to effectively communicate the Word of Christ”. We are supporting Philip Benjamin from South Sudan, through a bursary. He is studying for a Bachelor of Theology (2nd year). Philip was born in a village called Lasu under the current Yei River state, South Sudan. His parents are peasants who only survive on small scale farming. They are both Christians, who believe, love and trust in Jesus Christ the Son God. Philip is married to Betty Yeno, and God has blessed them with a child named Benjamin. The war divided them from Philip’s parents. Philip and his wife were living in Juba city, South Sudan, but because his village had become like a war zone, he fled to the city.

His country is a Christian country, 93% of the people are Christians, and 7% are Muslims. Christians and the Muslims live harmoniously, that is to say, they don’t fight one another yet. Philip’s main reasons for being at GWC are so that he will see spiritual strengthening and transformation in his life to equip him to help transform others. More so, he wanted to learn the Bible in detail so that he will go and preach to people who have not yet received the Good News. Furthermore, he wanted to become well equipped to go back and teach people in other Christian institutions.

Donations to Philip at GWC are tax deductible through Anglican Aid CMS in the Middle East

After studying at Moore College and training at St Andrew’s Hall, Elizabeth went to work with Warwick & Caroline in early 2020 in their rapidly growing ministry at a large expats church. It is a “church for people who think they don’t like church, so we can help them come to know a God they think they don’t need, tell them about Jesus, train and equip them, and send them back to their home countries to carry the message of the gospel.” There are a number of ministries, including small groups, training courses, children’s and women’s ministry and more. They have 2 locations, 5 services and more than 4,000 people. Elizabeth’s main two roles are making disciple-making disciples of women, especially the young adult women, and training youth leaders. 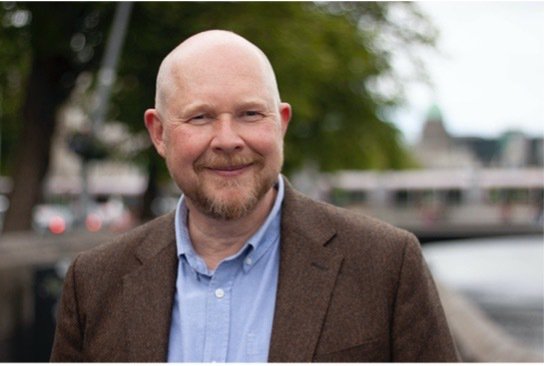 ICM is an indigenous Anglican Church Planting platform established in 1849 to catalyse evangelism and church planting in Ireland. Over 170 years later this is still their passion and their purpose. Cameron is a Pioneer Evangelist for Church Planting and is responsible for the Dublin Bible Talks (Silicon Docks Project). This work is building trusted relationships with existing believers, so that they are encouraged to consider the Dublin Bible Talks as a good use of one lunchtime a week. Its primary focus is to help believers grow and share their beliefs with colleagues and invite them to the talks to learn about Jesus.

The gospel need in Dublin is immense with only about 10 churches that are theologically evangelical (two of which are ICM churches) in a population of 1.2 million people. Cameron continues to preach every month for a rural group of parishes in Co. Cavan. He also assists with preaching at ICM’s Immanuel Church and often travels to encourage and support other churches both mid-week and on Sundays.

Cameron and Alex have been serving God in Ireland for over 13 years. Cameron is ordained in the Church of Ireland (Anglican). They are originally from Sydney and have a close family association with St Swithun’s through Cameron’s mother, Robyn. 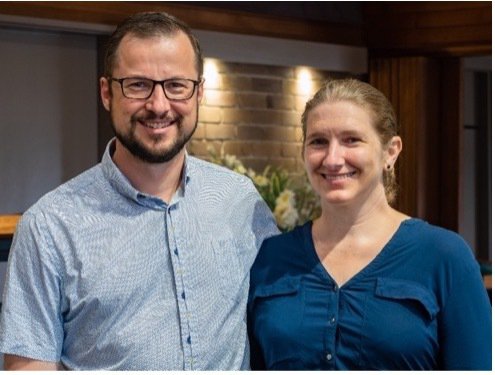 Bush Church Aid has appointed Simon & Alison Roberts to take up a ministry position in Exmouth, WA. Exmouth is a town on the tip of the North West Cape in WA, around 1250 kilometres north of Perth in the Diocese of North West Australia. It is predominantly a tourism town, famous for the Ningaloo Reef and Cape Range National Park, meaning thousands of tourists bolster the town’s population of 2200 throughout the year. Locals are involved in industries like tourism, fishing and maintenance of the nearby Naval base. Simon, who was the senior minister at St Mark’s Malabar in Sydney, is committed to making disciples who make disciples.

Unfortunately, Stephen Gorringe, previously the SRE teacher at Ku-ring-gai High School, has had to resign due to serious ill health. We are praying for Stephen and his family that he recovers soon.

The Association is recruiting a replacement for Stephen and we will feature her or him or this website once they are known.

Donations to KCEA are tax deductible

Donations to TCEA are tax-deductible 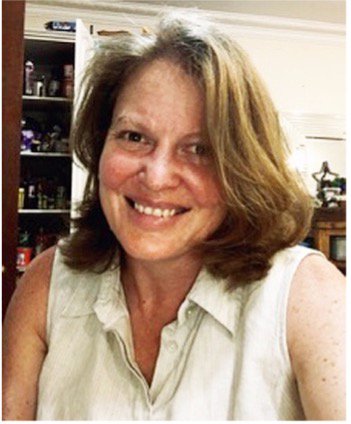 Fiona is a part-time SRE teacher and she supports students and staff and reaches out with the good news of the gospel. Fiona has worked as an SRE teacher in high schools for the last two years. 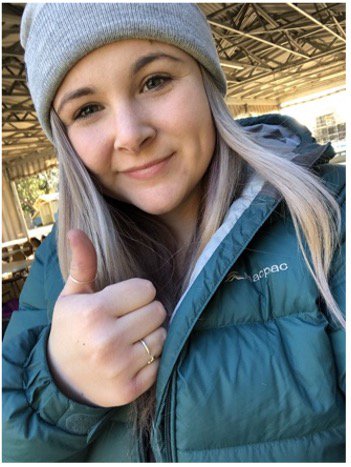 Heather-Rose is also a part-time SRE teacher. She previously worked for Crusaders and is studying secondary education.

BLC is a relatively young Anglican church plant in Berkeley in the Illawarra area of NSW. They began in 2007 as a missional church seeking to minister to a welfare dependent community that had been written off by many. Under the leadership of the Rev Wayne Pickford, their Senior Pastor, a former prison guard and professional wrestler, BLC is seeking to be the people of God in an area where life is often a struggle, by showing the hope that we all have in Jesus and his gospel. The mission of Jesus’s church, including BLC, is to share that hope with others. There are a number of ways that BLC engages with and is part of the Berkeley community day to day, including Sunday gatherings, the Op Shop, Adopt a Block, Celebrate Recovery, food pickup and genuinely contributing to the community day to day. 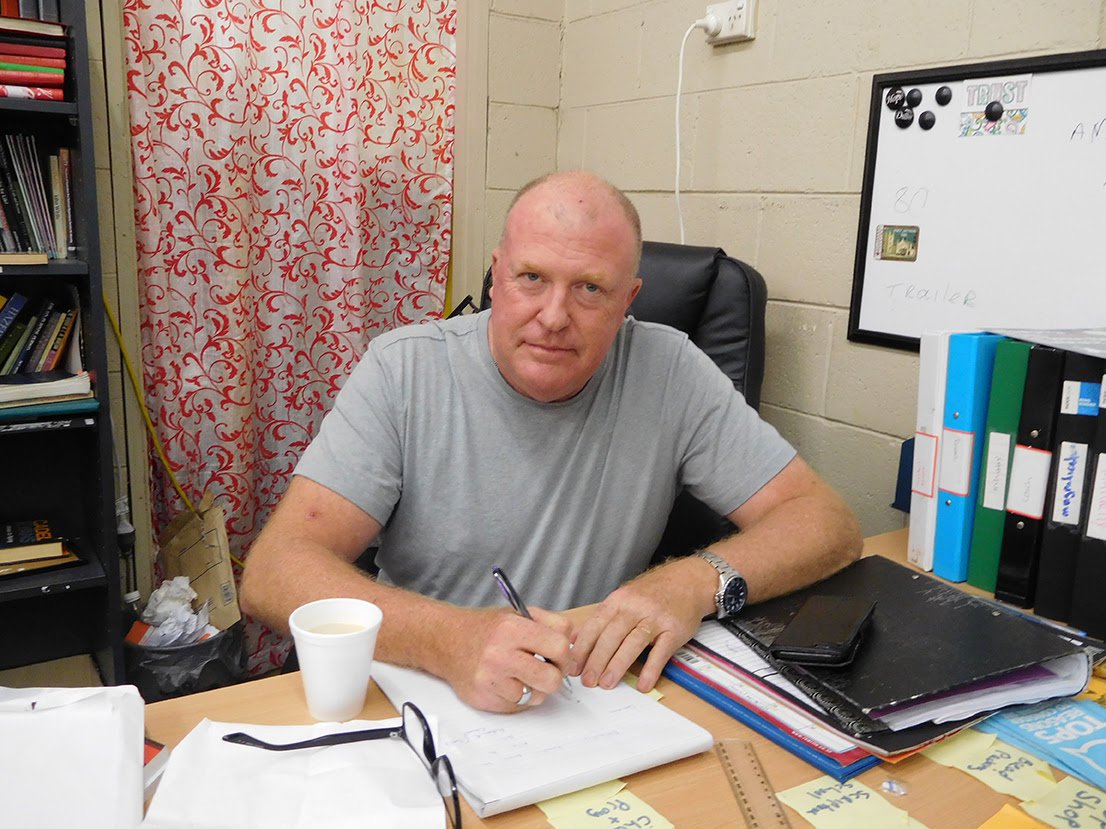 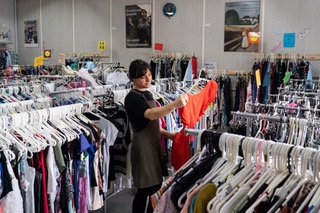